Want to try a traditional French recipe? This is boiled leeks with French vinaigrette. Weird, isn’t it? Boiled leeks just like that? Where are the classical stews simmering for hours?

You like or you don’t; but you should definitely try it. This is a low fat recipe for good health!

My mother loves boiled leeks. She used to make some all the time. Actually I think that was one of her favorite food at some point.

On the contrary during all my childhood, they were my nightmare. I think you need to be a grow-up to eat these leeks. When I knew we will have leeks for dinner I was beginning to grumble at my mother. And when came the moment to eat, I was sitting in front of my plate for hours secretly wishing that my leeks will miraculously disappear. Sadly we didn’t have a dog at that time…

Anyway as I already told you I was a fussy eater and now I eat almost everything which has not tone of cream in it. I am a living proof that your taste changes getting older. 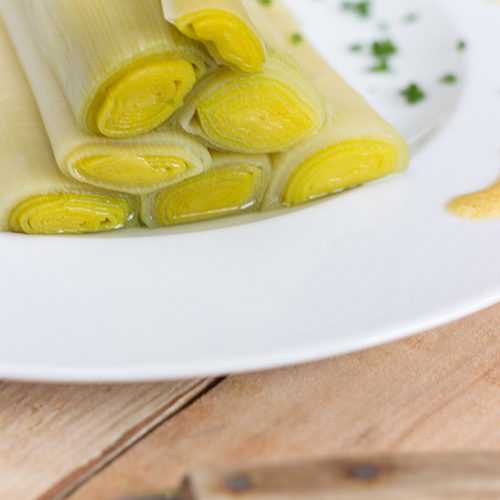 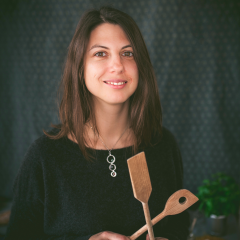